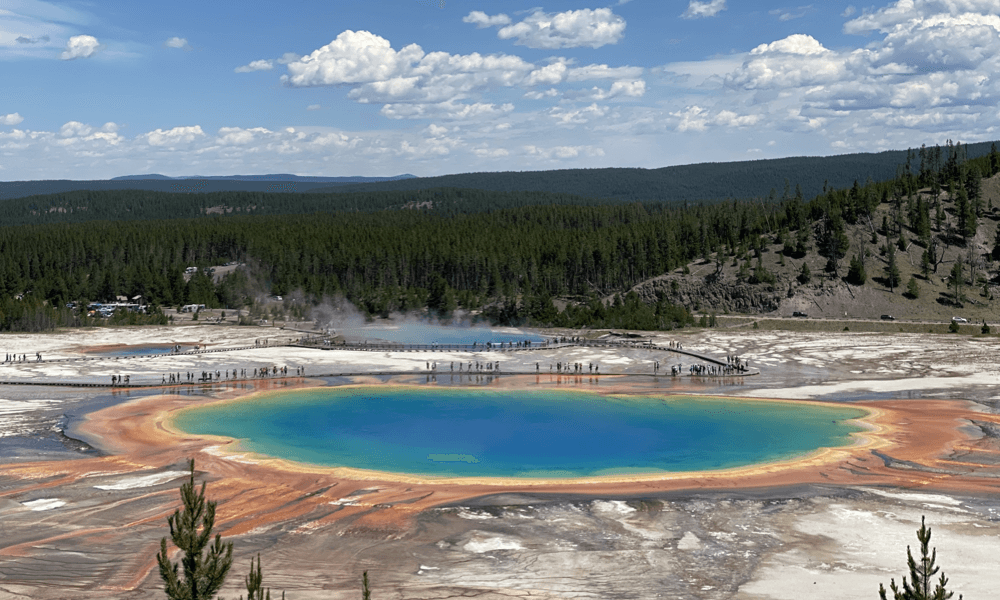 The next day we started with the Old Faithful geyser, the most predictable and famous geyser in the park. Its name refers to its regular eruptions. It erupts about every hour, which makes it easy to know when to go see it propel 5,000 to 7,000 gallons of super hot water as high as 185 feet (56m) into the air.

This was our first real geyser, so we savored the experience. It only erupted for 5 minutes, but the strong and tall bursts lasted only about 2 minutes. After it ended we took the path around the geyser for about half an hour and went to the gift shop. By the time we finished eating the geyser was about to erupt again. So we sat down on the benches and watched it again.

Before lunch we went to the Grand Prismatic observation point. We had seen the actual pool the day before, but it wasn’t as easy to see the array of colors from ground level.

A large circular rainbow unfolded as we reached the observation point. It was a spectacular sight, the rainbow starting with red on the outside, and closing in to a purple spot in the middle. There isn’t actually purple in the basin, but an illusion made it look like it. After a nice picnic lunch on the river we went to see the pools of Biscuit Basin.

One beautiful pool there was Sapphire pool. If you could see it yourself, you would definitely know where the name came from. The pool looked exactly like a liquified sapphire!! The next thing on our plan was to walk the whole big loop that goes around Old faithful, Grand, and Castle geysers, as well as others. The loop also has numerous hot spring basins.

But instead we waited to see Castle Geyser’s eruption. I had read about Castle Geyser in a book about natural wonders of the world, and wanted to see it for real. It was even better than on the photo in the book! The foundation of the geyser looked like a shrunken medieval castle, which was super cool!

Castle geyser isn’t the most predictable geyser, but it can be predicted with a +/- 1 hour wait time. It erupts about every 10 – 12 hours and eruptions can last up to 30 minutes and go up as high as 75 inches/24 meters. We were passing by it between the times it was to erupt, so we decided to wait and see if we would get to witness its eruption.

After the show was over, it was dinner time. We bought some food at the snow lodge near Old Faithful, and we noticed that it was time for it to erupt We watched it erupt for the 3rd time. It never gets old! Before bed we did the same thing as yesterday, swimming and fishing. 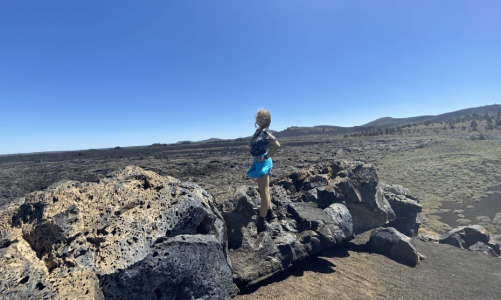 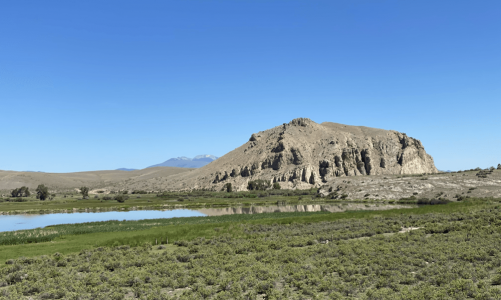 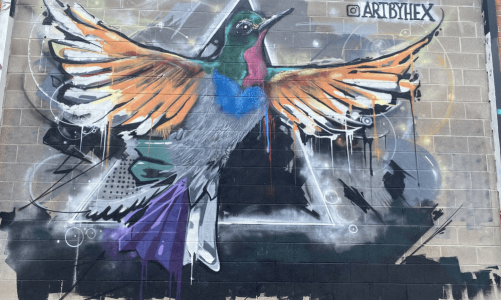