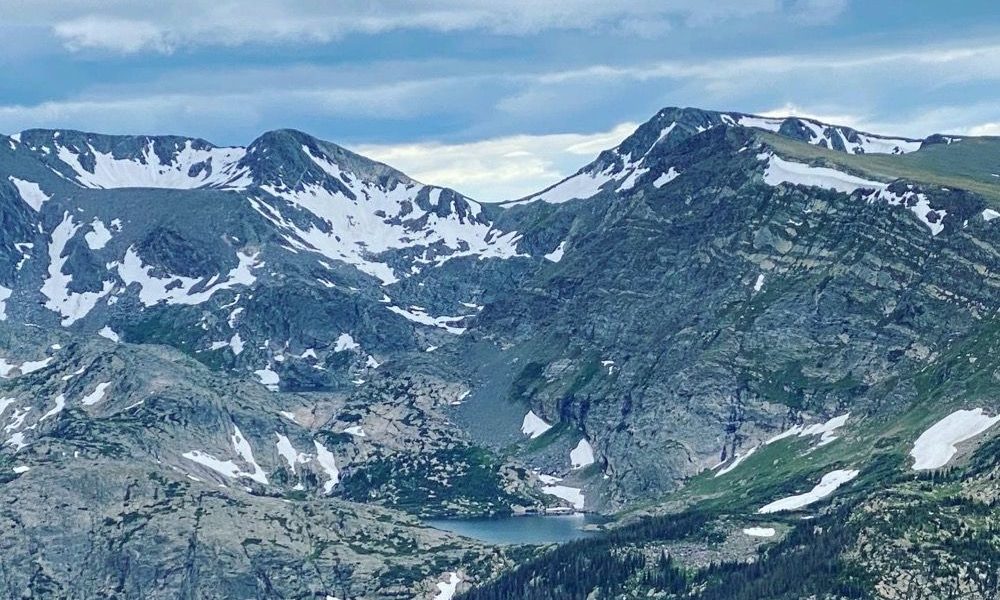 Arriving at the National Park the next day brought a problem. Out of the 6 National Parks we visited on this trip, none required a reservation.

But Rocky Mountain National Park did. Without a reservation you could only enter the park before 6 AM or after 5 PM. The time was about 10 AM.

There was nothing we could do, so we had to come up with an alternative solution. We ended up taking a small hike through the forest and near grand lake until about lunch time.

For lunch we ate at a tavern. After lunch we still had time between lunch and 5, so we decided to rent a pontoon boat for 2 hours. It was really fun! The mountains and islands around were beautiful, and I even got to steer the boat for some time!

After our time was up we finally got to go to Rocky Mountain National Park. Within 5 minutes of entering we spotted a moose. This one was without antlers, and it wasn’t very big. 10 minutes later two elk were grazing along the road. We only had a couple of hours before sunset, so we wanted to drive on the Old Fall River Road.

To get there, we first had to drive the Trail Ridge Road. This road is on of the highest paved highways in the US! Trail Ridge Road overlooks all three ecosystems of Rocky Mountain National Park.

The Alpine Tundra, the highest of the ecosystems, is the most extreme. During the winter fierce winds blow and snow blankets the ground. But during the summer wildflowers sway in the gentle breeze and green meadows peak through patches of snow.

Most of the part of Trail Ridge Road we were on that day lay in the tundra. Often we would drive right near snow, even though it was July! We would get out of the car and be able to touch it! We saw pikas running back and forth with leaves and stems in their mouths, working hard to store food for the winter, and proud and enchanting peaks of the rocky mountains fro the overlooks.

From the same overlooks forests and and valleys were also seen, you just had to look lower beneath you to find them. Those forests valleys are located in the Montane ecosystem, where Old Fall River Road starts.

The Montane ecosystem has the lowest elevation and is the warmest and driest. But even in this one ecosystem there are many different forests. You will see old and large ponderosa pines, with long olive green needles. Deer and moose graze/lay in the shade of these widespread trees. In fact, we saw both!

First we saw 2 moose, one with wide antlers and the other without, and later on a deer! In more shady areas the Douglas fir trees thrive, which grow closer together and form more shade, where elk like to spend warm days.

Many more trees are found in the Montane ecosystem, like the tall and straight lodgepole pine, or the light barked aspen. As we gained altitude and transitioned into the subalpine ecosystem, we stopped to take a look at chasm falls.

The forests in this ecosystem are cold and moist, and their aroma isn’t sweet like in the montane, but rather fresh, like mint. Engelmann spruce and Subalpine fir are the dominators of the subalpine, growing closer together, the forest so dense you can barely see the light struggling to shine through the canopy. The Chasm Falls was a nice waterfall, and it it was surprisingly longer than i thought it would be.

Driving through the subalpine we noticed a rock that looked like an ape’s side profile. But when we drove close up to it we realized that the profile was made of a couple of rocks, not one! As we re-entered the alpine tundra I noticed a large Yellow Bellied Marmot basking in the sun on a rock right on the edge of the road!

I got out to take some pictures, and it was looking right at me the whole time! When Old Fall River Road ended we had to drive back on Trail Ridge Road again.

Again we saw the magnificent Rocky Mountains, formed by numerous plates sliding underneath the North American plate. As we were driving the sun began to set behind the rocky mountains. It was amazing! Then we returned to our hotel. 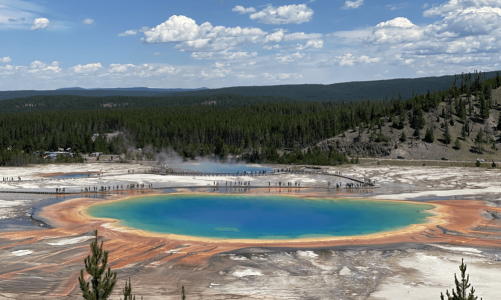 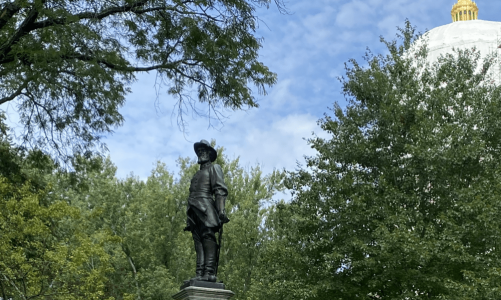